Festival line-ups always get people talking, with fans jumping online to share their excitement and vent their frustrations. Everyone has something to say!
But which line-ups are we talking about the most? Which have us jumping for joy and which have us shaking with rage? We looked at 20 of the UK’s favourite music festivals, analysing Twitter conversations about their line-ups over the last 10 years.
Here’s what we found.

Which line-ups are we talking about the most? 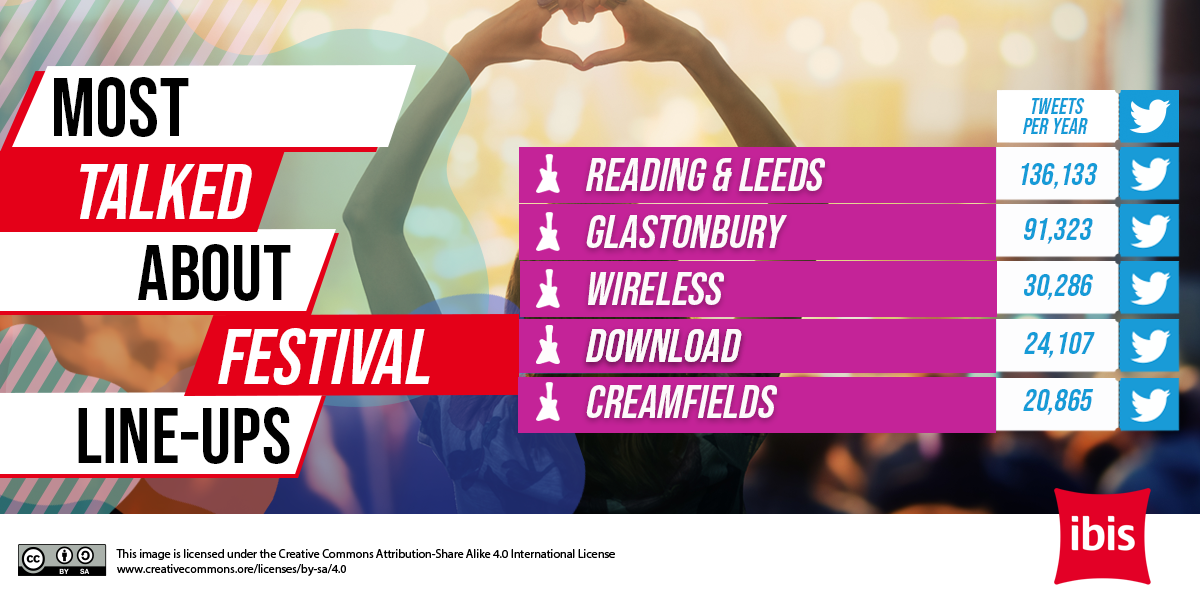 When it comes to generating conversation, Reading and Leeds Festivals are in a league of their own, with fans posting an average of 136,133 tweets each year about the line-ups. In fact, 2018 saw a whopping 298,973 tweets shared discussing the line-up, which featured rappers Travis Scott, Kendrick Lamar and Skepta, as well as Fall Out Boy, Panic! at the Disco and Kings of Leon.
Glastonbury takes the number two spot, with an average of 91,324 tweets sent about the line-up each year. The most talked about Glastonbury line-up was in 2015, where Kanye West’s Pyramid Stage headline spot caused some controversy with festivalgoers. 187,633 tweets were sent discussing the line-up that year.
which are the most popular festival line-ups? 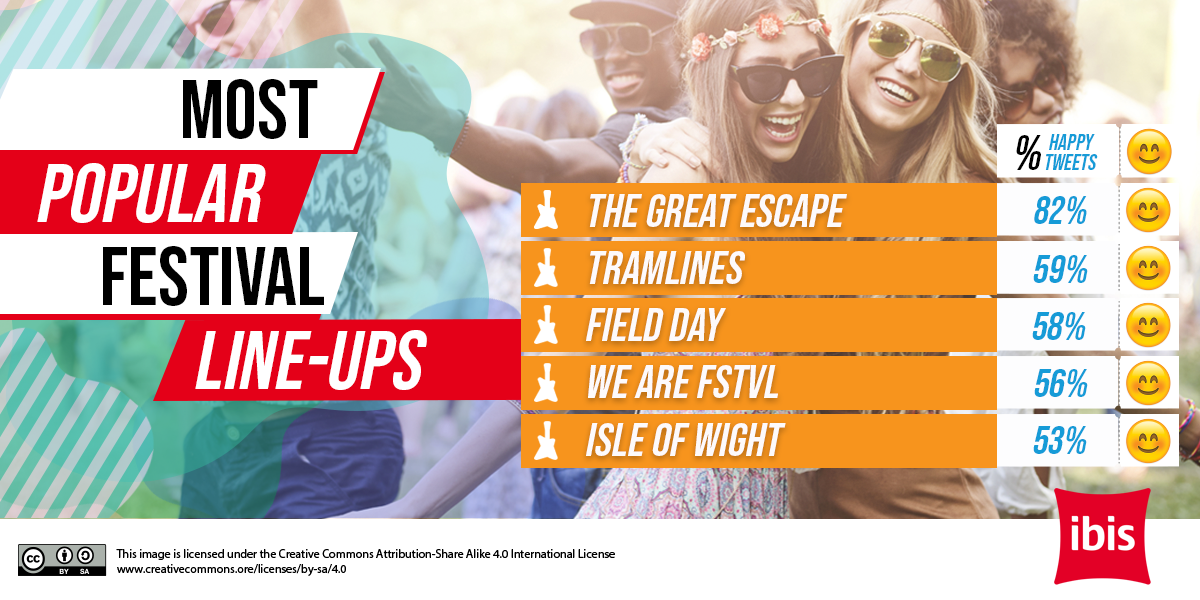 The Great Escape, a three-day festival in Brighton that features over 400 up and coming artists from around the world, comes out on top as the UK’s most popular festival line-up. An average of 82% of the tweets sent about the festival line-ups over the past 10 years have been joyous. 2018’s was the best received, with an incredible 93% of tweets being from fans happy with the line-up, which included the likes of Lewis Capaldi and Tom Walker.
Sheffield’s Tramlines has the second most popular line-up, with an average of 59% happy tweets. In 2015, 74% of tweets about the line-up were in favour, with fans excited to see Wu Tang Clan, Basement Jaxx and The Charlatans topping the bill.
WHICH ARE THE MOST DISAPPOINTING FESTIVAL LINE-UPS?

Despite having the most talked about line-ups, it seems like fans are often left disappointed with Reading and Leeds festivals. Over the past 10 years, an average of 35% of the tweets sent discussing the Reading and Leeds festival line-ups have been sad. 2018 and 2019 saw this figure rise even further to 41%.
Some people have put this down to the recent diversification of the line-ups, with an increasing number of hip-hop and pop acts taking the stage. While many have praised this change, some fans have been less pleased, believing that the line-ups should remain focussed around rock & roll.
Glastonbury came out as the second most disappointing, with 31% of tweets discussing the line-ups over the past 10 years being sad. Fans have been the most disappointed with this year’s line-up, which sees Stormzy, The Killers and The Cure take to the Pyramid Stage, with 48% of tweets being from dissatisfied fans.
WHICH FESTIVAL LINE-UPS ARE MAKING FANS THE ANGRIEST? 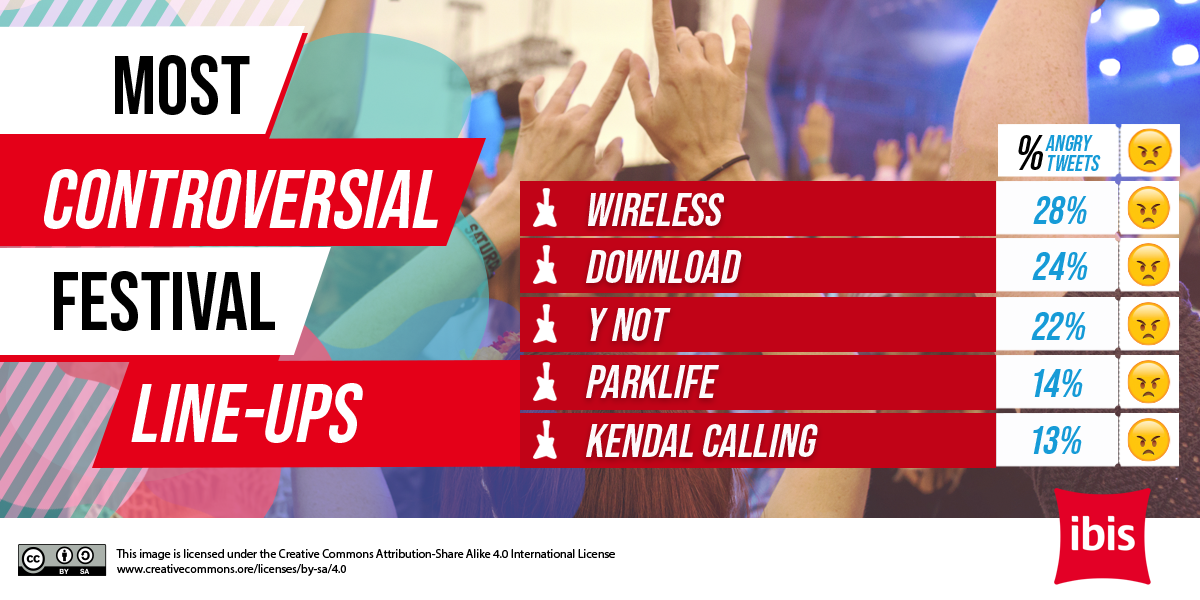 While some line-ups just make fans disappointed, others go much further than that. Wireless takes the top spot as the festival which makes our blood boil, with an average of 28% of tweets discussing the line-ups over the past 10 years being angry. 2011, which featured The Chemical Brothers, Pulp and Foals, was the angriest year, with 48% of the tweets discussing that year’s line-up being from furious fans.
Download came in second place, with an average of 24% of tweets discussing the line-ups being angry, followed by Y Not Festival with 22% and Manchester’s Parklife with 22%.
Check out the complete dataset below and see how popular your favourite festival's line-up is.

Heading off to a music festival this summer? Take a look at our full range of hotels in popular destinations throughout the UK, including London, Manchester, Birmingham, Glasgow, Dublin and many more.
You would also like 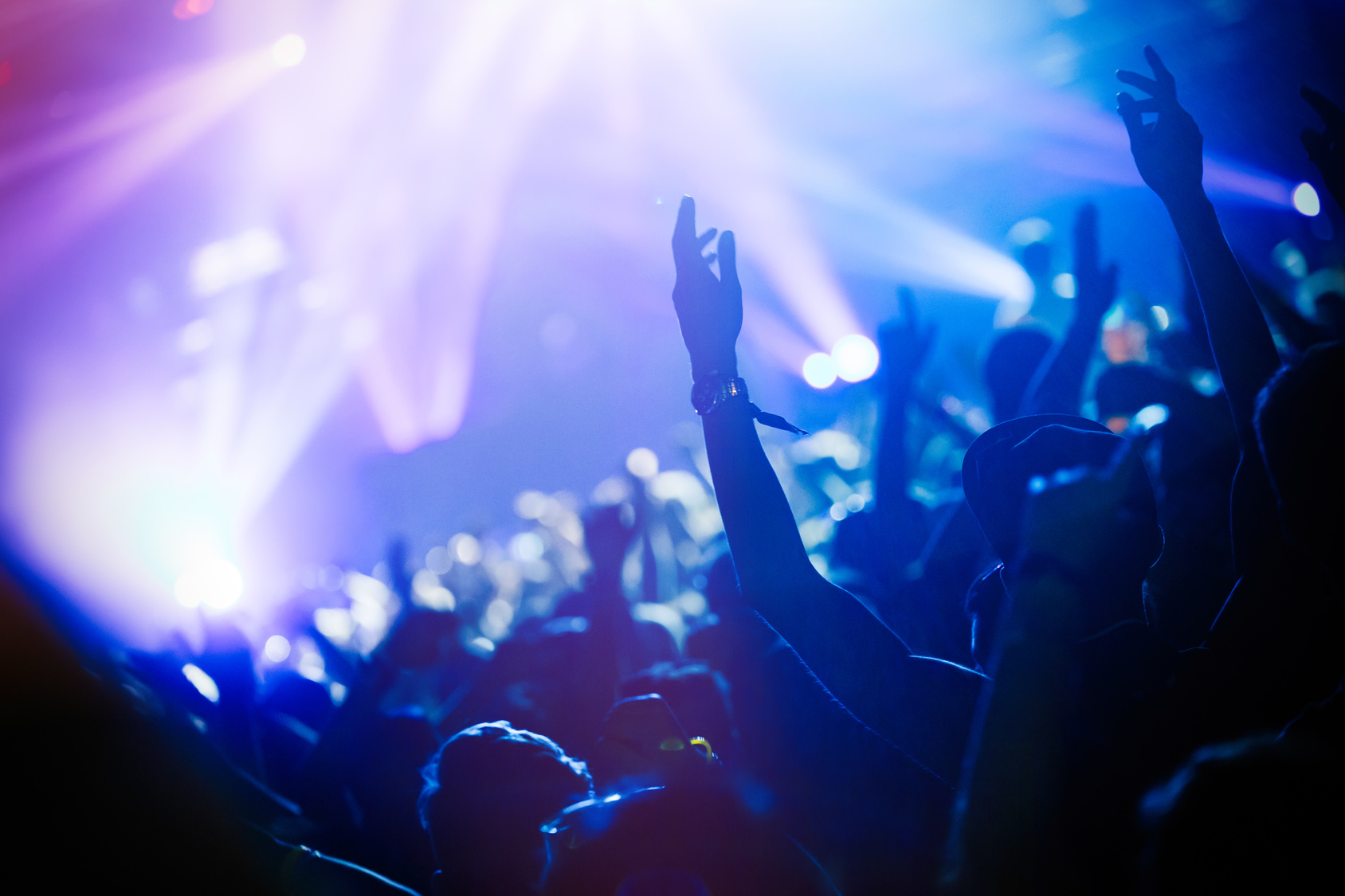 The Manchester festivals not to miss
Find out more

Let’s get loud Bristol! A guide to the best Bristolian gig venues
Find out more

The beating heart of music: The 5 best places to see live music in Glasgow
Find out more
We recommend

The Manchester festivals not to miss
Find out more

Let’s get loud Bristol! A guide to the best Bristolian gig venues
Find out more

The beating heart of music: The 5 best places to see live music in Glasgow
Find out more