Goodbye Glastonbury. Laters’ Leeds. The biggest of the bunch may boast some of the industry’s top names, and campsites that sprawl as far as the eye can see -  but for many of today’s festivalgoers, it’s all about the boutique.
Small festivals offer a really different but no-less exciting atmosphere than their larger counterparts. You’ll get the full experience but with a more intimate atmosphere, smaller crowds and – more often than not – a ticket price that’s kinder on the wallet.
So, if you’re looking to head to one of the UK’s small and secret festivals this year; where’s best to go?

Aespia
Somewhere near London
2018 date: Late August, TBC
This 24-hour extravaganza will see you whisked away from central London on blacked-out coaches, and journey out to a mystery woodland location. Before you enter the forest, you’ll pass through ‘limbo’, shedding all your possessions and getting into the creative spirit. When you make it into the trees, a spectacle of sculptures, installations, paintings, exhibitions, live performances and parties awaits. The best part is that you get to make your mark, using the event as a canvas for you to adapt and express.
As your pick-up and drop-off point will be at the heart of the capital, you’ll need a London hotel if you’re not from the area. If you’re looking for cheap hotels in London, ibis London Blackfriars or ibis budget London Whitechapel are ideally located for getting some downtime before and after.
Barn on the Farm 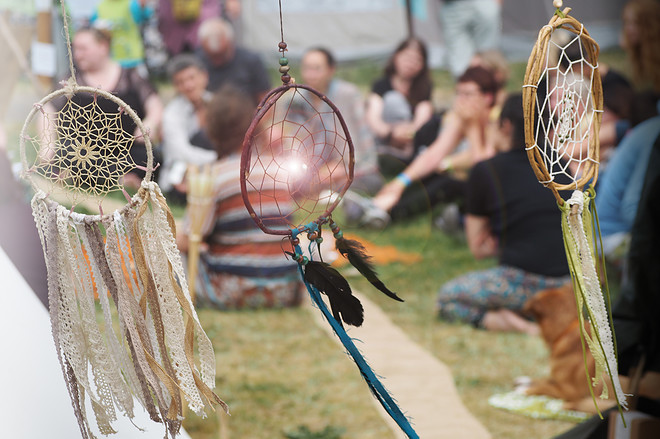 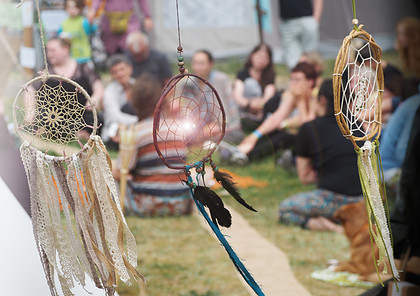 Near Gloucester
2018 dates: 5th – 8th July
For a rustic, rural small festival experience, you can’t beat Barn on the Farm. Nestled among the beautiful countryside on the outskirts of Gloucester, this festival has a focus on folk, acoustic and indie – and an eye for booking the best up-and-coming talent. It manages to be a fully-fledged festival experience without the overwhelming crowds and raucous behaviour, meaning it’s a particularly great festival for families - kids under 10 get in for free.
You’re free to come and go as you please over the course of the weekend, so if you fancy a comfortable night’s rest between the fun, ibis Gloucester is just a 9-minute cab ride from the festival gates.
Shambala Festival
Somewhere in the Northamptonshire countryside
2018 dates: 23rd – 26th August
Taking place across the August Bank Holiday weekend, Shambala boasts more than 200 acts across 12 unique stages, with workshops, talks, debates, theatre and comedy hiding around every corner. It started at the hands of five students who through wild house parties back in the late 90s, before moving their festivities to the welsh countryside. Seventeen years on, Shambala is bigger and better than ever.
Its decorated spaces and stages are a sight to behold, while there’s plenty happening over the course of the weekend to keep you busy, no matter what your interests may be. There’s a real focus on sustainability here, which is a real draw for many festival goers.
Shambala is hosted at a secret location Northamptonshire countryside. If you’re looking for a base to unwind at in the region, ibis Northampton Centre and ibis Wellingborough are close by.
Field Maneuvers
Somewhere near London
2018 dates: 31st August – 2nd September
With its location still firmly under wraps, there’s no telling what Field Maneuvers’ class of 18’ are in for. A three-day electronic music festival devoted to hedonism and non-stop party, the line-up boasts some internationally-renowned DJs alongside fresh and local talent, all bringing their magic to the rave-ready crowd throughout the course of the weekend. Its classic field-party vibe makes it the kind of underground that’s all too rare on the UK festival circuit.
With its setting yet to be revealed, you’ll want to use a London hotel as your base. If you’re looking for hotels in central London, ibis London Blackfriars and ibis budget London Whitechapel should have you covered.
Junction 2 Festival
Boston Manor Park
2018 date: 9th June
If you’re looking for an urban and edgy hangout that mixes natural beauty, rambling rivers and striking industrial stages, look no further than Junction 2. You can expect incredible sound quality, world-class production and none of the fancy stuff. No plastic tents, no VIP areas; just a proper party. Heading into its third year, Junction 2 is set to be bigger and better than ever.
If you’re looking for somewhere to crash before and after the festival, ibis budget London Hounslow has you covered. This cheap London hotel has all the amenities you’ll need to unwind after a hard day’s raving.
Whichever festivals you’re making tracks for this summer season, enjoy a comfortable and relaxing break before, during or after your experience when you stay with ibis.
You would also like

The hipster guide to London: Beards, breakfast and breweries
Find out more

Cheap places to eat in London
Find out more

Famous movie spots in London
Find out more
We recommend

The hipster guide to London: Beards, breakfast and breweries
Find out more

Cheap places to eat in London
Find out more