Brussels is the architectural capital of Europe, with buildings inspired by five very different artistic movements.

So where should you start?

The obvious choice is Brussels’ Grand Place, an arresting central market square and UNESCO World Heritage Site. Described by many as the most beautiful square in the world, the Grand Place rivals Florence’s Piazza della Signoria and others of that ilk.
The showpiece of the Grand Place is the 15th-century Hôtel de Ville, or City Hall, which towers the area at 96 metres high. You’ll need a low angle to fit the whole building in a selfie!
Much of the Grand Place was rebuilt following an attack by French forces in 1695. Nevertheless, the Hôtel de Ville, a hallmark of the Brabantine Gothic style with its intricate carvings and flying buttresses, has stood relatively unscathed — save for some restoration works in the 19th-century.
Opposite the Hôtel de Ville, you’ll find The King’s House, which houses the City Museum. Topping off this beautiful part of Brussels are several 17th-century residences that reflect Brussels’ more recent Baroque influences. 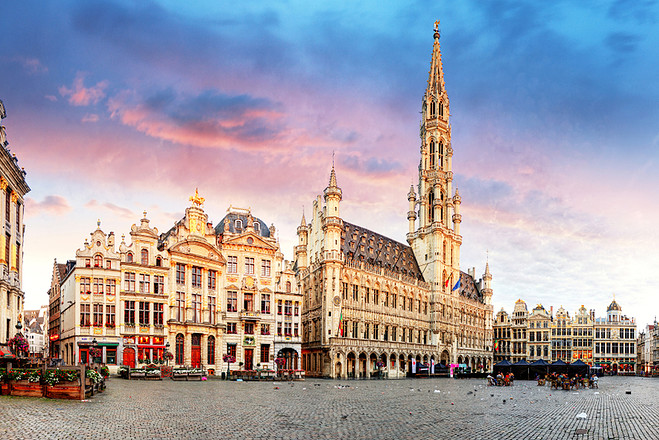 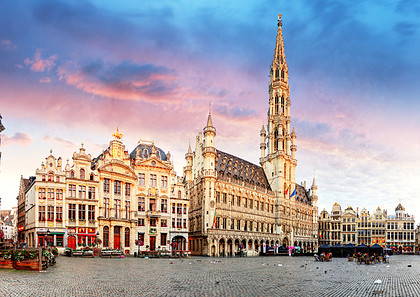 There are plenty of cheap hotels near Grand Place Brussels, giving you a convenient base to explore more of the capital’s architecture. The closest ibis is brightly lit and situated just moments away from the district’s many bars and restaurants. Why not discover our whole collection of hotels near Grand Place Brussels for a gateway to the city’s Art Noveau masterpieces?

Galeries Royales Saint-Hubert and The Royal Palace of Brussels 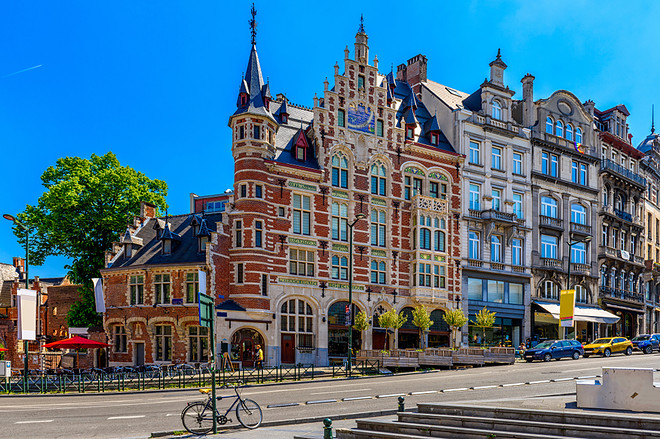 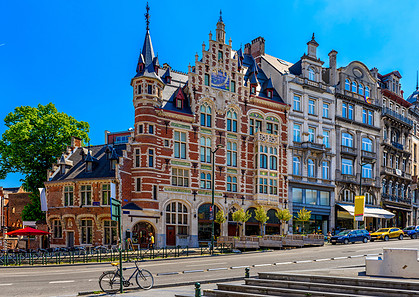 No Brussels trip is complete without a visit to the Galeries Royales Saint-Hubert. This 19th-century neo-renaissance shopping arcade is served by the Gare Centrale (metro), Bourse (tram) and Arenberg (bus) stations. Nicknamed the Umbrella of Brussels, the arcade is lined with luxury stores and chocolate shops. It’s also close to the neoclassical Royal Palace of Brussels and the prestigious Arcade du Cinquantenaire.

After all this, there’s so much more to see, including the grand Koekelberg Basilica (the largest Art Deco building in the world), the imposing Palais de Justice, and the city’s neoclassical Place Royale square. It’s all waiting to be discovered by foot, bus, tram or metro.

Check out our App

Brussels in 24 hours
Find out more

Brussels on a Budget
Find out more
We recommend

Brussels in 24 hours
Find out more

Brussels on a Budget
Find out more